Soldering Iron 40W
4.99 €
In Stock !
Out of stock!
Enter your email to be informed when this product arrives: 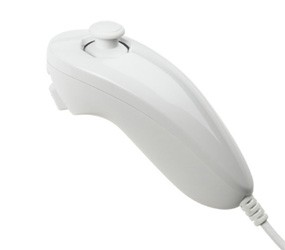 Contoured to perfectly fit a players hand, the Nunchuk builds on the simplicity of the Wii Remote and goes an extra step to meet the needs of gamers.

Classic Controller for Nintendo Wii (Official product)
30.48 €
In Stock !
This site and all contents are © 2002-2009 01Media.
All Registered Trade Marks used on this Website, whether marked as Trade Marks or not marked, are declared to belong to their respective owner(s).