Mechanical keyboard Krux Meteor RGB Outemu Blue
29.99 €
In Stock !
Out of stock!
Enter your email to be informed when this product arrives: 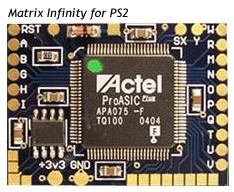 Play software and DVD movies from all over the world on your PS2. Upgradable firmware (ProASIC chip).

HD Xtreme (PAL) for Sony Play Station 2 (incl. HDAdvance 3.0 and USB Extreme)
22.99 €
Temporary Out Of Stock
This site and all contents are © 2002-2009 01Media.
All Registered Trade Marks used on this Website, whether marked as Trade Marks or not marked, are declared to belong to their respective owner(s).